Chance became a blood recipient at birth due to a congenital heart defect. Now beginning his senior year of high school, he has big dreams of becoming a professional golfer, or if that doesn’t work out, a rocket scientist. We caught up with him and his mom, Melissa, to hear more about his future plans and their passion for inspiring San Diegans to donate blood and save lives like his: 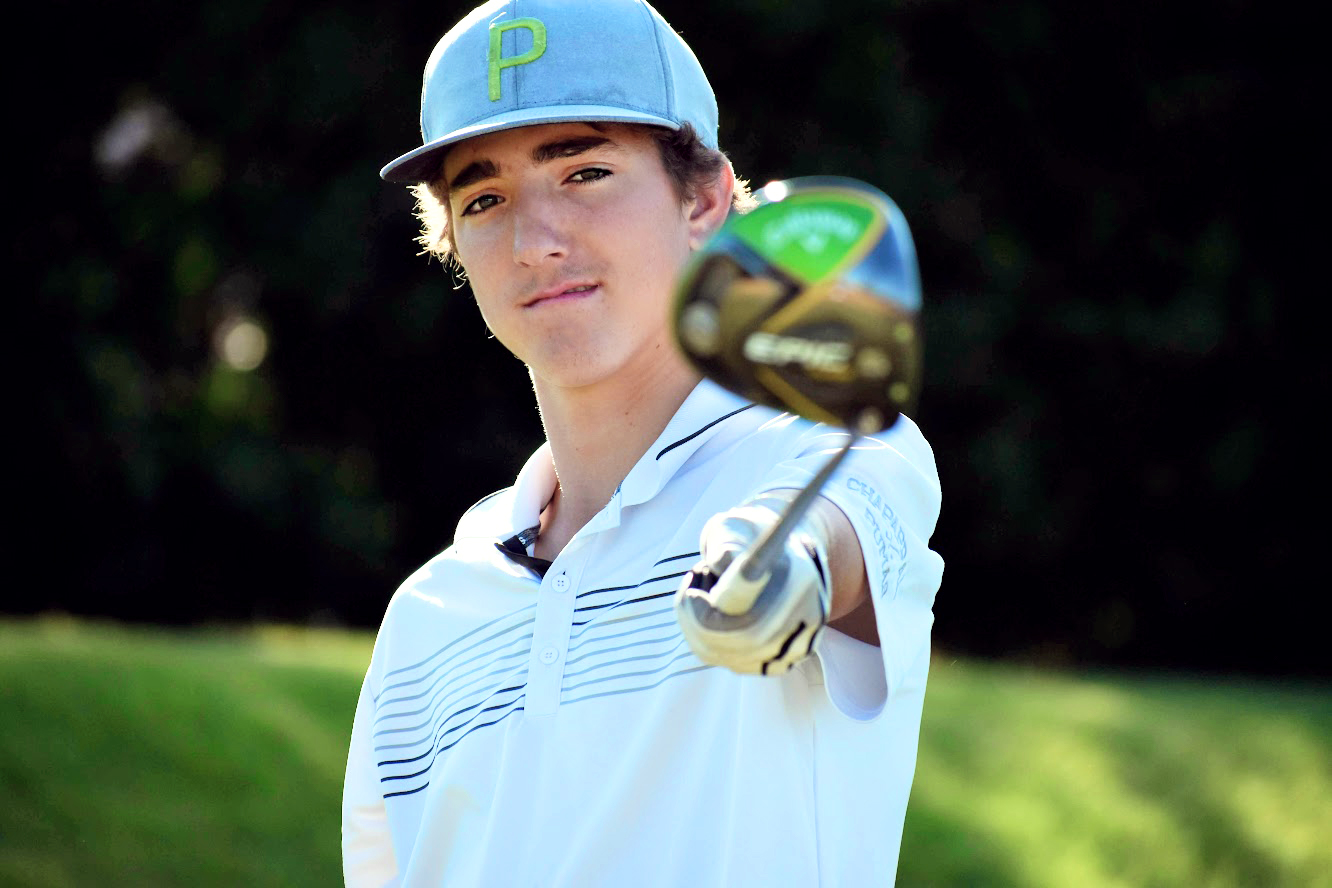 Are you excited to finally be a high school senior?

Chance: I am because the classes are going to be a lot easier than junior year and I can drive now so I have a little bit more freedom than the previous years. As a senior at our school, you’re allowed to have early release or late start. I have early release so I can go to the golf course earlier.

That sounds awesome! How long have you been golfing?

Chance: Golfing in general, 13 years, and competitively for five or six years.

Melissa: Middle school is when he got on the school team. But he had his pacemaker put in when he was very young and at that point doctors said no contact sports for him, so we threw a golf club in his hand.

Have you already applied to college or is that still to come?

Melissa: We applied through the Common Application so we’re working on UC’s right now. Cal State’s don’t open until November or October.

Do you have major in mind?

Melissa: He’s talking to some coaches about golf too.

Oh yeah, I’m sure golfing will get you great scholarships!

Melissa and Chance: Hope so!

Can you tell me a little bit about your history as a blood recipient?

Melissa: All three of us have congenital heart defects—my son, my daughter, and me. Together, we’ve had multiple heart surgeries, and we will always have heart surgeries, and we will always need blood. I found that it was very important to give back in a sense—to be part of this community. So at a very young age I had them start talking to donors when they were donating. We’d go to blood drives to thank donors and tell them our story and why it’s so important to donate blood.

How often do the surgeries happen?

Melissa: The pacemakers are every six to nine years. The open heart surgeries are kind of random; there’s no schedule. The “emergency need” is kind of always looming and we’ve had so many heart surgeries between all of us and so many hospital stays. I’m really just a firm believer that it saved our lives—so I think it’s our duty to really give back.

How do you feel about talking to donors, Chance?

Chance: I like it because, like my mom said, it’s like giving back. Also sometimes they are nervous and I guess we make them feel more comfortable with it and happy that they donated blood.

Melissa: He does the school blood drives too, through ASB leadership. Then Cadence, his sister, and I go talk to the ASB on their field trips, so we’re all involved in the school program. But I think, as he said, you get a lot of high-schoolers in and they’re super nervous to donate blood because for some of them, it’s their first time. I think, to Chance’s point, they’re his peers. He can sit and talk to them and talk them through it, tell a joke, or just remind them why they’re doing it.

What are your goals for your last year of high school?

Chance: For golf, to shoot under par almost every single round we play. Hopefully win league. Advance in CIF individuals. That’s just golf. And a scholarship of course. For academics, I’m hoping for straight A’s. I have two AP classes this year, so that 4.4 would be perfect.

What are your goals after high school?

Chance: Graduate with a degree in computer science or something around there to help me with programming. I had one JavaScript class—that’s computer science—going into senior year and then after two weeks I was like, “Huh, a rocket scientist seems good.” So somehow that got onto my list.

Do you want to compete professionally in golf as well?

Chance: Well, that would be my first option but I have a plan B which would be the computer engineering.

Melissa: Your plan B is rocket science! Oh Chance, I love you! I have unique children; I’ll tell you that.

What would you say to people who haven’t donated blood before?

Chance: Well they should because they’ll be saving lives of people like me and my sister. She needs surgeries every five or six years. It’s not scary to donate blood. And we, or someone like us, will need it.