Duty, Courage and Commitment: Get to Know Donor and Volunteer Bobbie Brown

Many donors and volunteers see their work with San Diego Blood Bank as a duty. Bobbie Brown, a Bonita resident, is here every week for one of two reasons—she either donates platelets or volunteers in the canteen. As an 88-gallon donor, Bobbie has saved a lot of lives (up to 250, at the least).

“I’ve been donating many, many years. I started out donating with my mom and a lot of people, like myself, on a limited income can’t afford to donate money every month. So, the next best thing for me is to donate blood or platelets.” 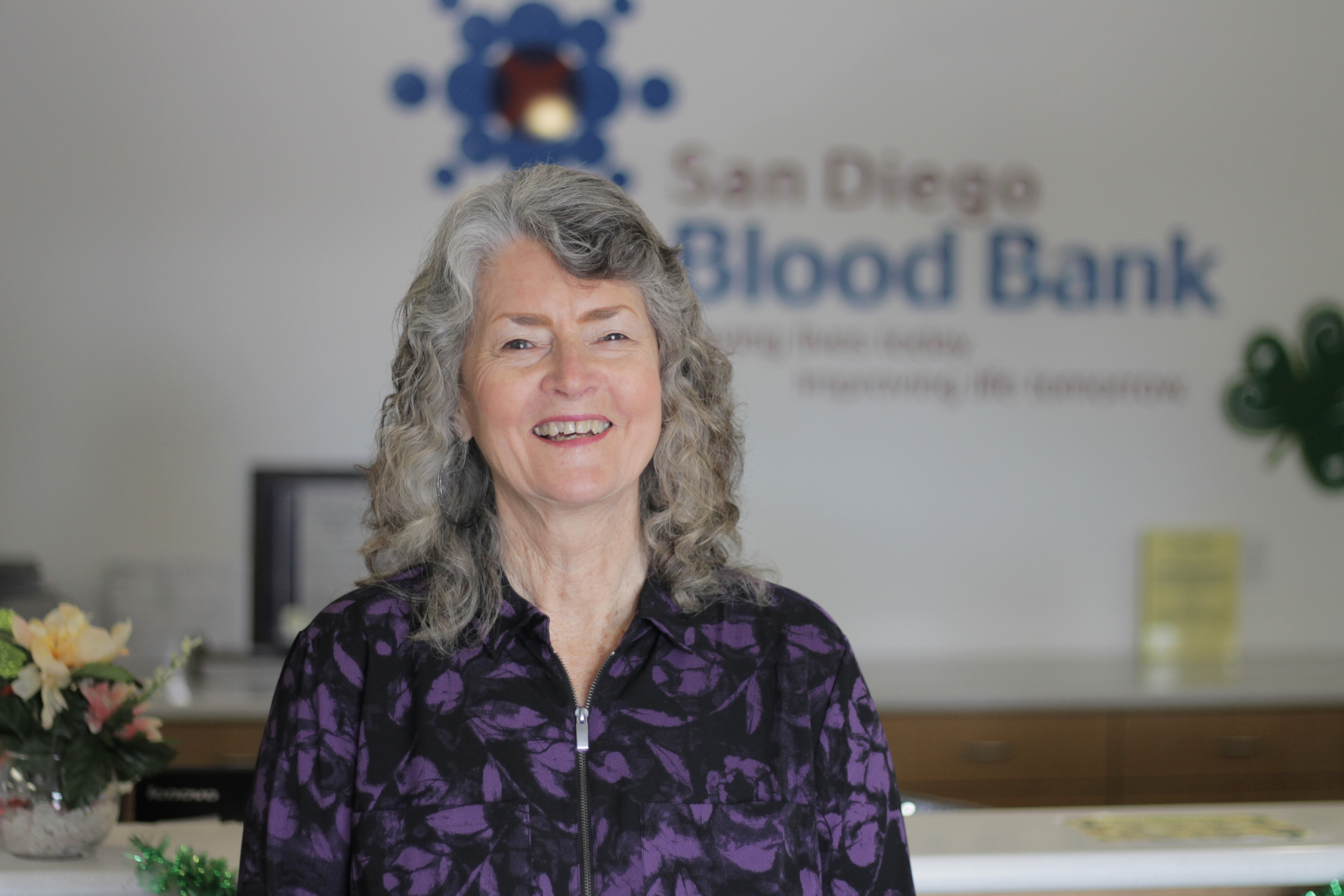 But there’s another reason why Bobbie Brown visits the Gateway Donor Center off Market Street every week—a promise to a dear friend.

More than five years ago, her friend—and passionate SDBB volunteer—Larry Jarmon passed away. His story with SDBB started in 1996. He, too, volunteered every Tuesday.

And before he died, he mentioned a worry to Bobbie: Who would take care of things at Gateway when he was gone? Bobbie Brown didn’t want her friend to have any worries.

She committed to volunteering at Gateway. She would make sure everything was taken care of and she would continue to donate blood and platelets. “He’s right across the street,” Brown said while pointing south toward Mt. Hope Cemetery, just across Market Street not three hundred yards from San Diego Blood Bank. It’s clear: She thinks about her friend whenever she volunteers or gives platelets.

And behind her, hanging on the wall, is a painting of her great friend, Larry. In the painting, he’s leaning casually on the hood of a gleaming Ford Fairlane.

And there’s a smile on Larry’s face—it’s as if he’s saying: ‘I’m not worried about a thing.’