Get to Know Blood Recipient and Donor, Sister Haero 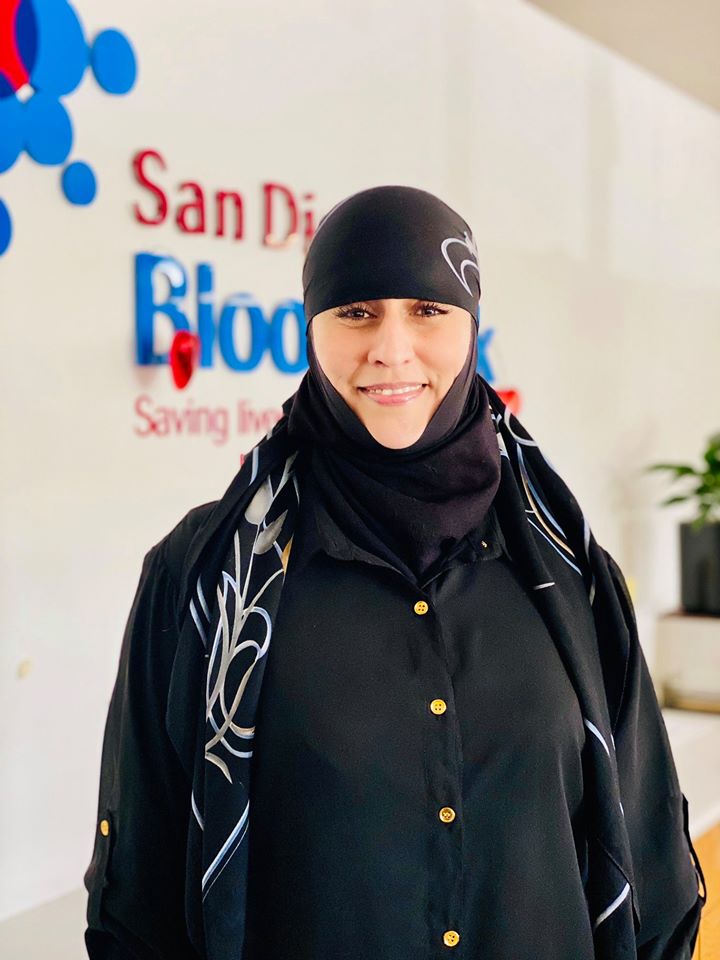 One day Haero noticed swelling in one of her legs. She dismissed it at first, but after two weeks, one of her co-workers told her she thought she might have a blood clot. After working a 14-hour day, Haero went to urgent care and was promptly sent to the ER where they confirmed she had a blood clot in her left leg.

A short time after taking her prescribed blood thinners, she began to bleed uncontrollably. Little did she know the blood thinners were causing a fibroid in her body to hemorrhage. Haero thought she was going to die. Her doctor told her she needed a blood transfusion immediately. She received a total of five units of blood during her time in the ER.

Haero did not even know her blood type until she received her transfusions, and she was scared. As she laid in her hospital bed she cried uncontrollably and vowed to become a blood donor once she was healthy again.

As she became more interested in blood donation, Haero reached out to San Diego Blood Bank via Instagram to see about setting up a blood drive to celebrate her one-year anniversary of receiving blood transfusions. She also came for a tour of San Diego Blood Bank’s headquarters and was so inspired she wanted to donate on the spot. However, she had to wait one year after having her transfusion to donate.

Haero received her transfusions on August 3, 2019, and one year later – almost to the date – she donated blood for the first time. She was embarrassed that she waited so long to become a blood donor. She says receiving a blood transfusion was the most traumatic, humbling, and beautiful experience she ever had.

Haero scheduled her second donation on her birthday. She did not do anything else that day but donate, which led her to one of the best birthdays ever. She’s already planning for her next donation.

Today, Haero is an up-and-coming hip hop artist who owns her own shoe line, and she hopes to start a clothing line in the future as well. She thanks those who donated their blood to save her life, and she will continue to donate herself to ensure blood is on the shelves for others who will need it one day.