It’s no coincidence that the start of the new year is National Blood Donor Month. Now until the rest of the year is your chance to make lifesaving a new habit. To encourage first-time and continuing blood donors to come into our Donor Centers or blood drives, we're highlighting patients, blood donors, staff members, and volunteers throughout the month. Keep an eye out for the fresh faces behind our mission to save lives! 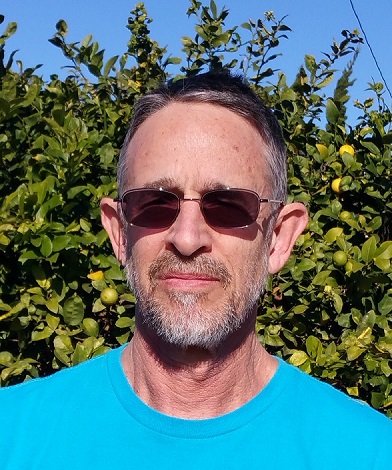 Steve has been a volunteer with the San Diego Blood Bank for 8 and half years. He decided to volunteer because of our flexible volunteer hours. In Steve's former life, he taught algebra at SDSU for 21 years. Steve is a blood donor himself and is even a 5 Gallon Donor. Steve believes in donating blood because someone has to help out. A late colleague of his needed blood, which is another reason why Steve saves lives. Steve believes, "Somebody has to help out. It’s important to make yourself useful. It’s an opportunity to help other people and the community, which has been good to me." 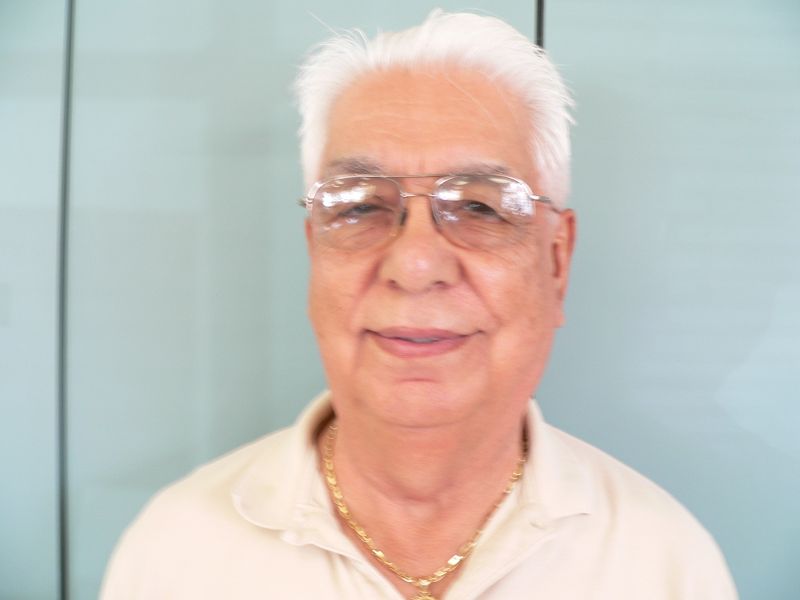 To Ernest, a San Diego Blood Bank volunteer of more than 8 years, one of the special things about volunteering is getting to learn the names of regular blood donors. You can find him welcoming blood donors, assisting blood donors once their donation is complete, and crocheting or doing a crossword puzzle during downtime at our North County Donor Center Thursday mornings and Saturday afternoons. Ernest believes that super conscientious and civic-minded people come in to donate blood—we couldn’t agree more.

Ernest has reached 13 gallons of donated blood and hopes to continue donating blood once he’s eligible to give again. Still, Ernest, who has even gotten his grandchildren to donate blood, is grateful to be in a position where he's helping to save lives. 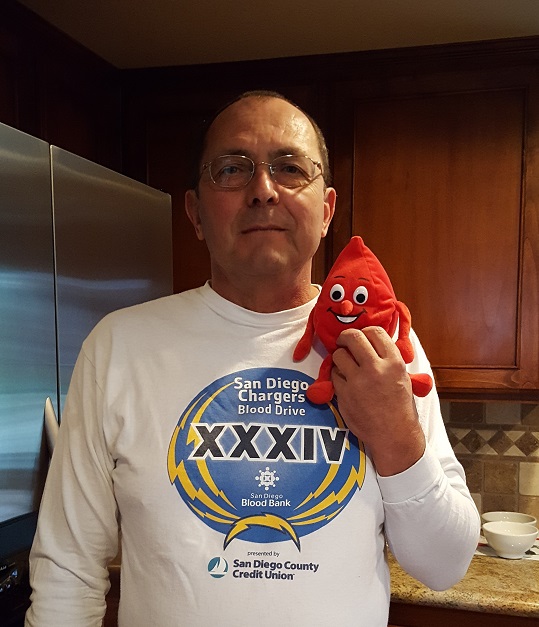 Mike, a Southern California native, has been volunteering with us at the San Diego Blood Bank for more than seven years. When it comes to saving lives he believes, “I can do it and I can’t think of a good reason not to do it...Donating blood is the easiest and best way there is to save lives.”

Mike volunteers on Wednesday afternoons at our North County Donor Center. As an introvert, volunteering has the benefits of engaging in chit chat, especially because seeing regular blood donors is like seeing family. He also sees volunteering has helpful because volunteers do much more than handing out juice and cookies. As a volunteer, you're helping professional staff do their job. When it comes to encouraging blood donors who are afraid of needles, Mike encourages others to bring a family member to come in during the blood draw for moral support.

Mike also supports causes like, the American Diabetes Association and the Escondido, California chapter of the Rotary Club. Mike is also a financial supporter of the San Diego Blood Bank’s lifesaving work because to him, he can help and so can you! Diana, who is originally from Long Beach, California, has been volunteering with the San Diego Blood Bank since retiring 15 years ago. She volunteers Wednesday mornings at our East County Donor Center. Volunteering gives her a chance to be around enjoyable company, like staff members who are "special people that make you want to come back." In fact, one of the aspects she enjoys most about her job is thanking people for donating blood because it “does so much good and doesn’t cost a dime.” Seeing regular blood donors is another thrill she receives while volunteering.

In her previous life, Diana worked in customer service at a public utility company. Being of service to others was a natural path to becoming a volunteer at the San Diego Blood Bank.

Years ago as a volunteer at a trauma intervention program, Diana became more aware of what donating blood means in traumatic instances. She explains that when there’s a sudden trauma in someone’s life they didn’t expect, blood donations are important. We don’t hear stories about that one patient who needs blood in the news, but when it involves a lot of people, it’s attention-grabbing. A burn victim needs a lot of plasma but we don’t hear those stories in our headlines.

If you find yourself donating blood on a Wednesday morning at our East County Donor Center, we hope you’ll find Diana telling you how your donation is important and much appreciated.