If you walk into the San Diego Blood Bank Gateway Donor Center on a Friday morning, you’ll most likely be met with one of Jim Walker’s friendly smiles, a laugh, and a snack or drink offering from the canteen. He is one of the familiar faces around the building, saying hello to every donor and staff member who walks by. He volunteers at the Blood Bank every week, and in July, he will have been donating blood for 50 years.

“You never know when someone close to you is going to need blood,” he said. “It’s a matter of learning to find the time so that it becomes part of your routine.” 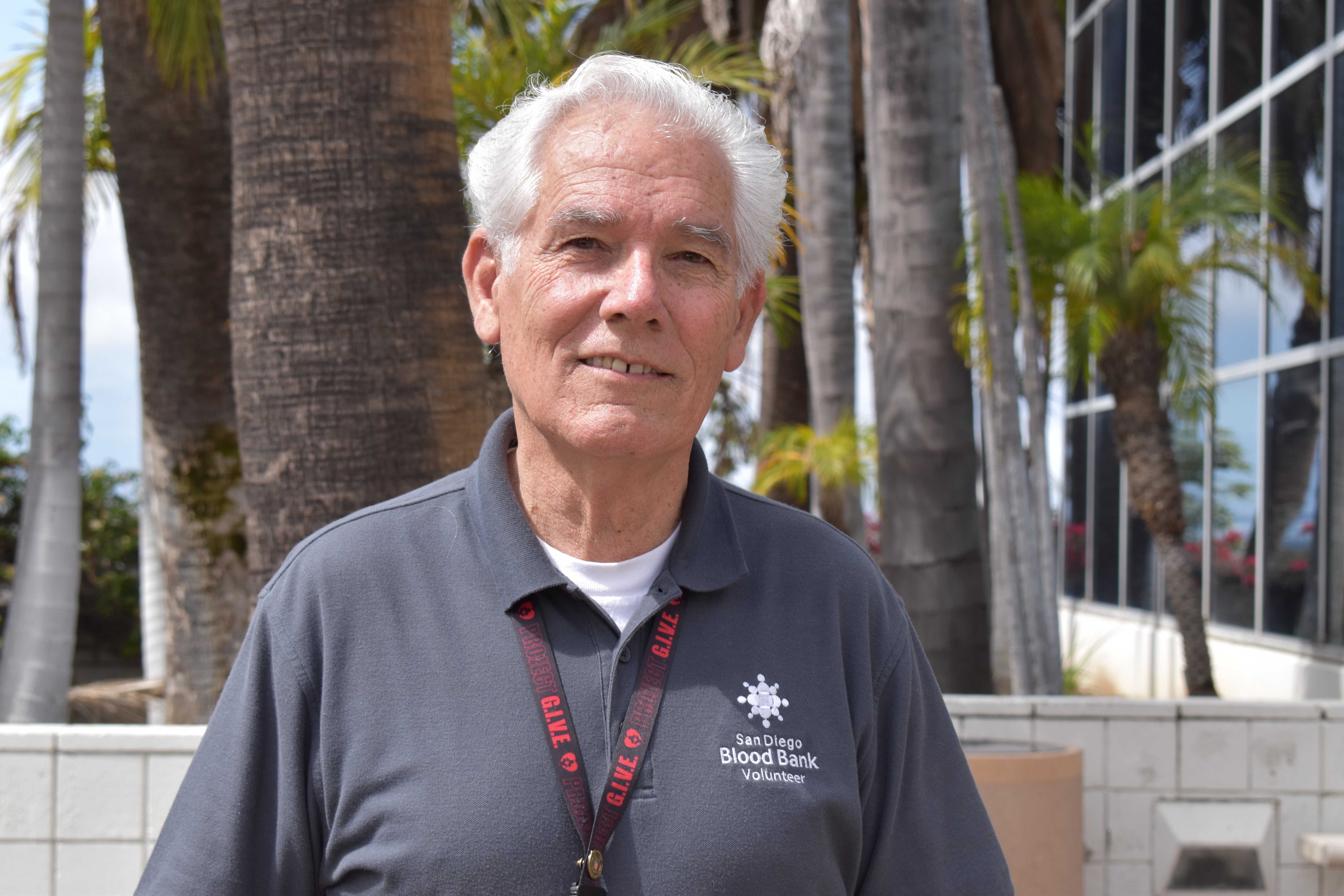 Jim started donating blood in 1968 when his wife was pregnant and found out she was anemic. Because of that experience, he realized there was a need for blood among a number of pregnant women and even newborn babies. He immediately joined a few programs through the San Diego Blood Bank that gave blood donations to specific groups, like the Stork Club that focused on newborn babies and pregnant mothers, and a club that focused on donating pints for friends. Soon, he got into the habit of coming in to the Blood Bank to donate every eight weeks.

It helped that the Blood Bank had fun challenges along the way.

“I really wanted the hat they give you once you hit 10 gallons,” he laughed. “That was the real trigger that kept me going. And I got it! By then, you’re really into the habit of giving.”

Over the years, Jim reached each milestone he set out to attain. Now, his next target is 165 gallons, or a third 55 gallon drum of blood. He doesn’t mind that it will take him another eight or nine years to reach that goal.

“My advice is pick a program that gives blood to a group of people, like children,” he shared. “You keep coming in with them in mind, some little kid in the hospital who needs it, and pretty soon you’re coming in all the time to help someone.”

Jim also recommends asking about platelet donations, which he has been giving for about six years now. Because they count as double the regular amount of blood donations, you can come in more often and get more points for prizes and rewards.

“It’s a good thing that I’m fortunate enough to do it,” he said. “It’s a habit that helps others, and we all need help. If you start out by helping others, there’s a pretty good chance you’ll have help when you need it.”

At 75 years old, Jim has been volunteering at the Blood Bank now for 12 years. He and his wife, Linda, are both retired and love continuing to learn about their city and the people around them. They are part of Rediscover San Diego, a continuing education program that teaches people about the history of San Diego. Jim is also part of the Optimist International organization that focuses on youth development and support, and he loves to bowl and spend time with his family.