Two weeks after her son, Trevor, was confirmed to be cured of aplastic anemia, Dawn Norby discovered a lump in her right breast. Two days later, she was diagnosed with breast cancer. After chemotherapy treatment, her vital numbers dropped so low, Dawn needed blood transfusions to stabilize her. After 16 weeks of chemo, 38 straight days of radiation and a couple of blood transfusions, she is now cancer-free! Without the help of strangers donating blood, Dawn and Trevor would have had a much different outcome.

Read on as we catch up with Dawn to hear her and her son's story. 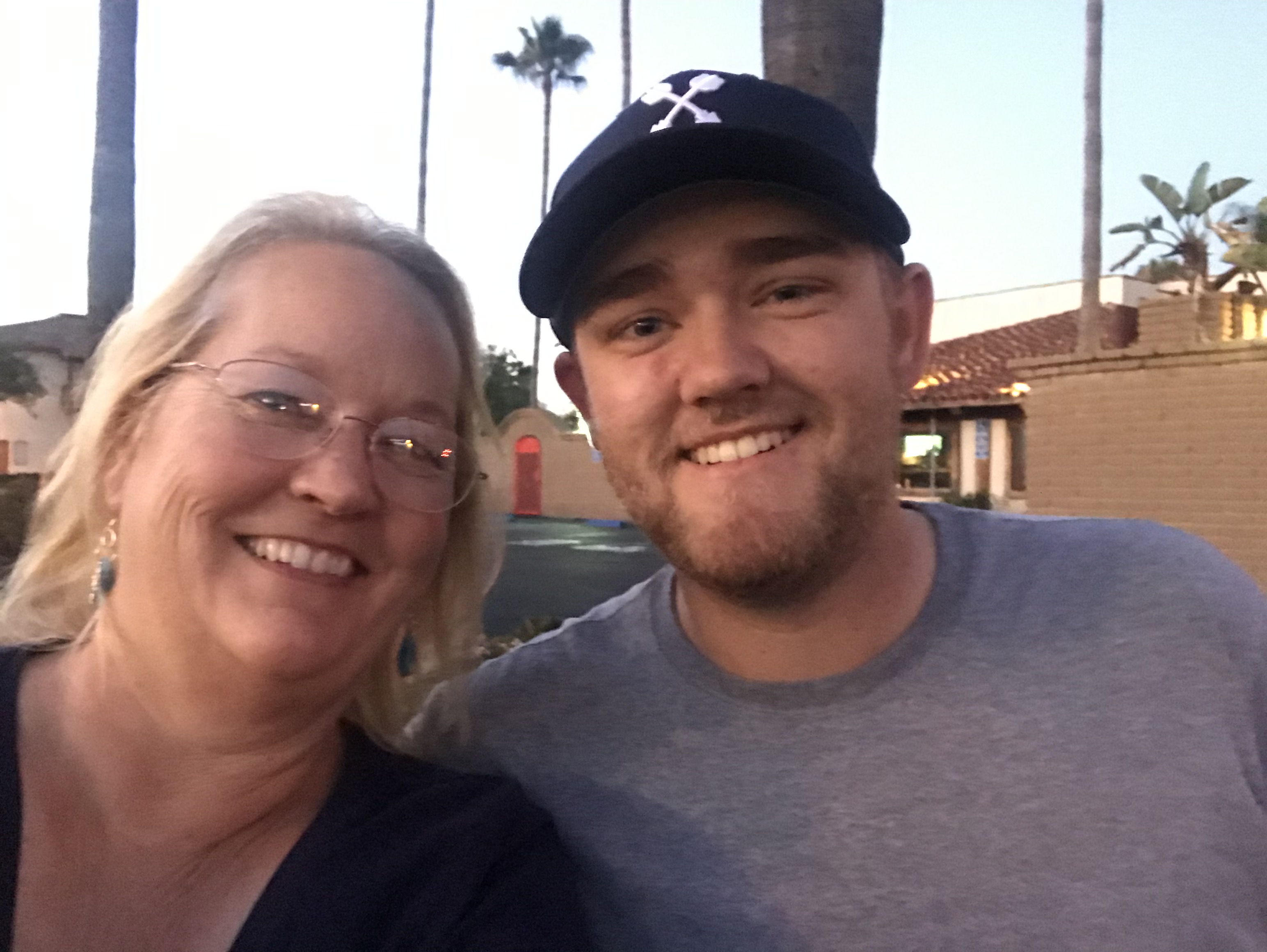 When was your son’s diagnosis?

Dawn: Trevor’s original diagnosis was December 6, 2006, and his transplant was not until August 16, 2011. He was initially diagnosed with Idiopathic Aplastic Anemia. Four-and-a-half years later he started getting really tired and out of breath, and he developed a secondary disorder called PNH (Paroxysmal Nocturnal Hemoglobinuria). They gave him a 15-year life expectancy. The only cure for PNH is the same as the anemia: he would need a bone marrow transplant.

Which he then got?

They told us the chances of somebody getting both Aplastic Anemia and PNH are startling—you have a better chance of winning the lottery. It took the medical team a while to figure out what was going on because they had never seen that happen before.

They put Trevor on the registry where they found 12 matches. They narrowed these to 3, then got rid of one because the donor was a female, and then they asked the other two who were matches if they would like to do it.  One said, “You know, I’d rather just do whole blood.” And the other gentlemen who did it, said, “Whatever you need.” He was a 43-year-old, non-related gentleman from Germany.

And Trevor was cured?

How long was it before you got your breast cancer diagnosis?

I basically was in the shower, doing a self-exam, and I was just like, “Really? This is what you’re giving me now?” Because I knew what it was—I mean, I just had a feeling that’s what it was.

And I looked at it as a positive thing. I’ve always had that kind of attitude toward it like, “Cool, I finally get the boob job I’ve always wanted and I don’t have to pay for it.”

That’s amazing to see it that way! So what was the treatment process like after the lumpectomy?

I had a lumpectomy on the right and a reduction on the left. I immediately started chemo and it was during chemo that I needed a blood transfusion because my numbers got so low. That, and I had to take naproxen [an anti-inflammatory drug]. I also had radiation, and my treatment was finished on December 31, 2012—that was my last day of treatment.

What was it like being cancer-free after all that?

I went to Disneyland! It was awesome!

It was kind of like when Trevor got sick—I'd never felt like it was something to worry about. I knew it would be okay. The first time he was in the hospital he says, “Mom, am I gonna die?” and I said, “Yes, but this is not what’s going to kill you.”

He goes, “Oh! Okay cool. Get it done.” And I had that attitude too.

What keeps you strong and happy as a family now?

Anything else you want to say about your experience?

You know, when we were going through this Jennifer [a San Diego Blood Bank team member] would call and ask how we were doing, and we became friends. I never ever once, even to this day, felt like the Blood Bank is a business. I always felt like it was an extended family when we got sick. It never felt like, “Hey Dawn, we need blood can you run a blood drive?” It was always them calling because they were concerned—they’re family. They’re extended family to us.