In this new era of medicine, where robotic surgeries and telemedicine are becoming more common, blood transfusions remain intimately human. Traumatic events and cancer treatments requiring transfusion depend on men and women in our community who are willing to extend an arm and give of themselves to help save the lives of people in need.

This month we are celebrating all our donors who are paying their good health forward via routine blood and platelet donations. Read on to hear from 40-gallon donor, Dennis Galt, as he shares his story of getting started donating blood and why it’s become a part of his regular routine. 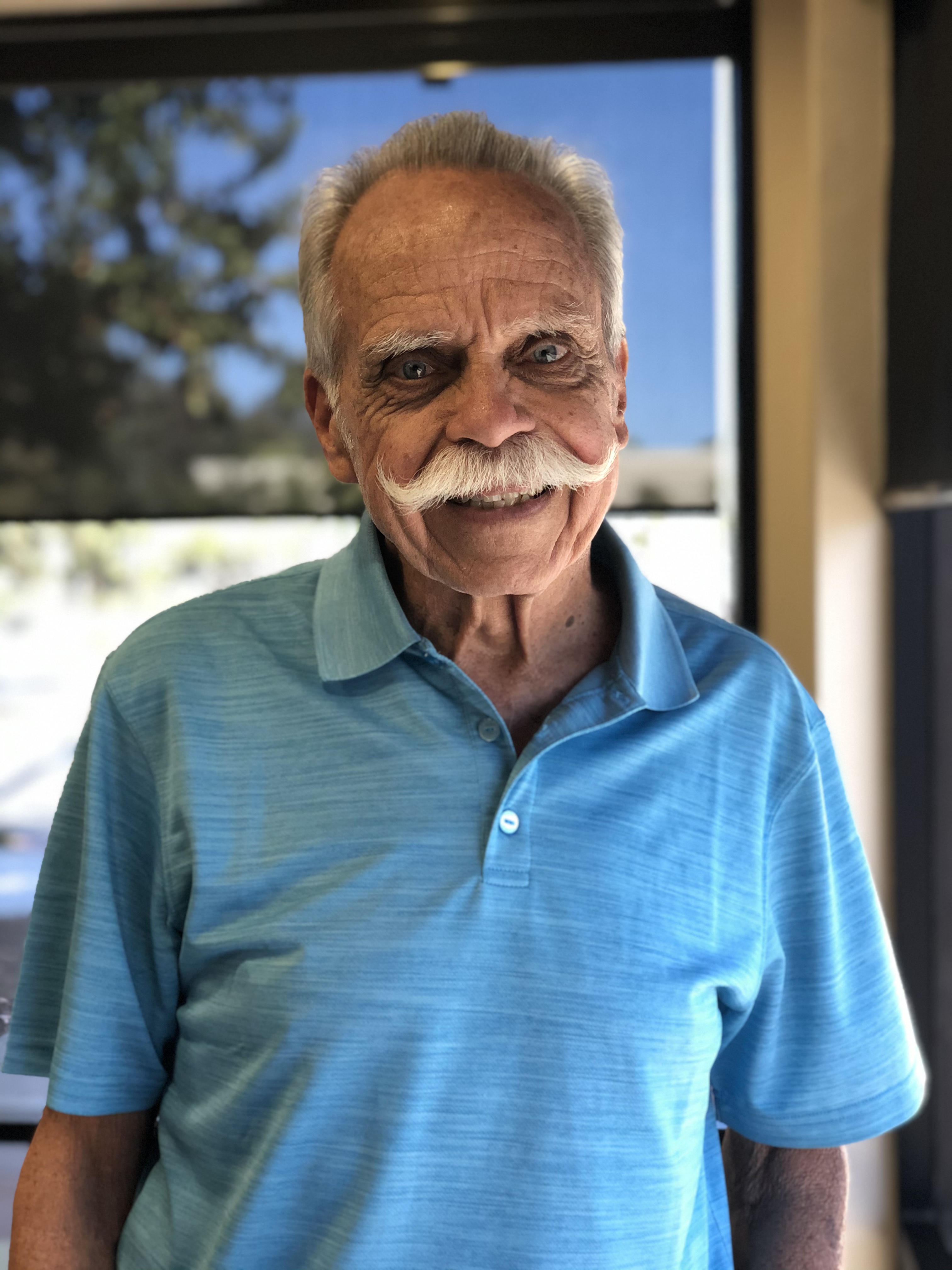 When did you start donating blood?

My first donation was in 1960 when I was in the Air Force basic training down in Texas. Our drill instructor said, ‘If any of you think you’re going into San Antonio this afternoon, you’ll have to give a pint of blood to the Red Cross.’ I didn’t dare say I wouldn’t, so I did it. Then I didn’t donate again until I got out of the service in 1964 and would do it periodically.

When a friend of my wife’s mother was having some medical issues, she knew I had donated and she asked my wife, “Would Dennis consider doing platelets for my mother?”

I didn’t know what platelets were, so I went to the San Diego Blood Bank center on Upas street because they didn’t have the machines set up in the outlying centers at that time. That got me hooked, and that’s how I built up my gallons—with platelets.

Was it a different experience donating platelets rather than whole blood?

Well, back then, you had a needle in both arms. They drew in one and replaced in the other. And it would alternate: draw, stop, inject, stop, and back and forth. And it was, as I recall, a good hour and 15 minutes, hour and a half maybe.

I got the blood mobile to come to my place of employment several times years back. A lot of my coworkers—at that point I had something like 15 gallons—said, “My God, how can you do so much!?”

And I just kept on going.

How has donating blood and platelets impacted your life?

I was talking to someone today and he asked, “Do you want to go to lunch?” And I said, “I have an appointment with the Blood Bank. I’m being honored for doing 40 gallons.” And he screams, “My God!” I said I’d been doing it for a while.

When I got the letter from the Blood Bank saying I’d hit 40 gallons, they sent a decal that said, “Proud Donor of 40 Gallons.” I took a photo and I put it on Facebook to encourage my friends to donate. I said, “If you’ve never donated, please do it once and hopefully you’ll become regular. Do it once to see what you think.”

I also put it on the Air Force website with my regular email, and I received a lot of replies. In fact, one person on the Facebook page here in Escondido said, “I want to do that, but where is the donor center?” And I said, “right behind IHOP on El Norte Parkway.” And she said, “Thank you.” So hopefully she has come in.

Do you ever think about blood donation in relation to your diet and exercise?

Well I’ve never been iron poor when I come in, so I must be doing something right!

What would you say to someone who might be considering donating platelets?

With cancer being so prevalent, this is a great reason for people to donate platelets—because they help with cancer patients’ treatments. I lost my mother, father and two brothers to cancer.

I can’t donate platelets anymore, but I keep donating whole blood and red cells. I hope people will donate as much as they can.