On Saturday, October 22 from 9 a.m. – 1 p.m., blood donors will have the opportunity to meet patients whose lives have depended on blood donations.

We hope you’ll be able to see how your generosity is making a significant difference firsthand. Join us at our North County Donor Center to meet the patients whose lives you’ve changed! 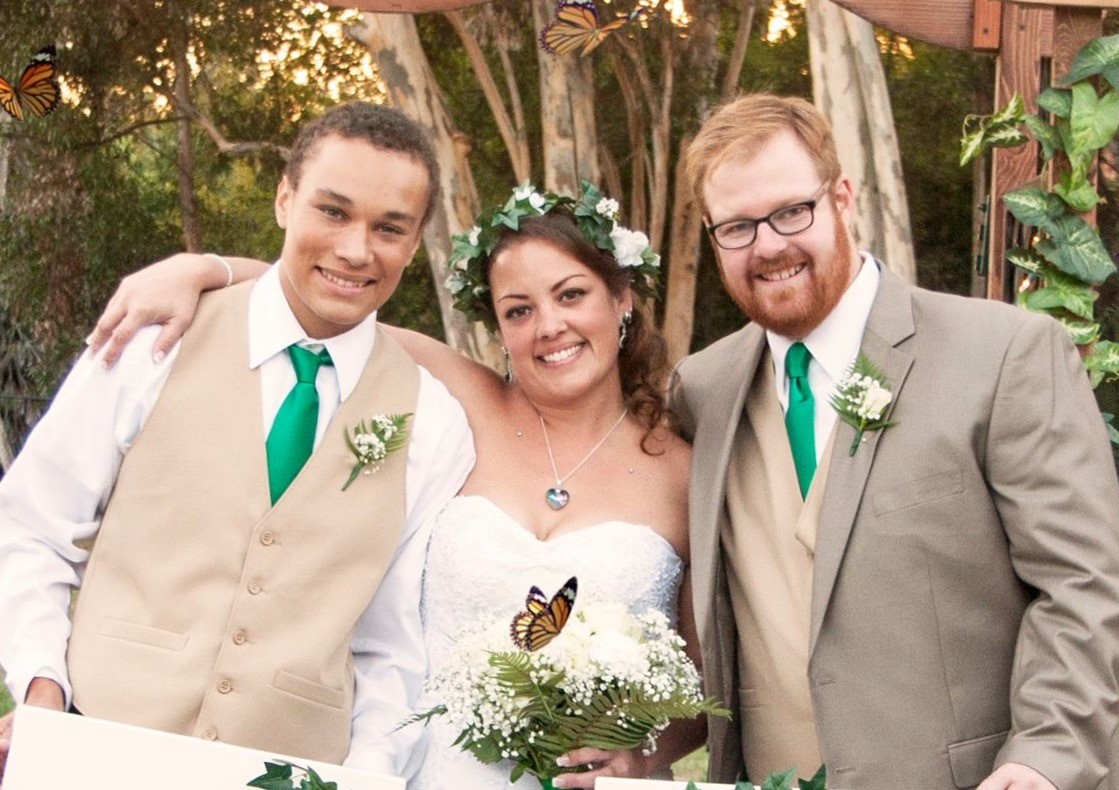 In 2003, Bree was diagnosed with pancreatitis. She received over a dozen blood transfusions while she was in a coma and during surgery in order to treat her illness. She is now fully recovered and encourages everyone who can to donate blood. Just last year, Bree married her longtime partner of 12 years in a beautiful ceremony with friends and family...talk about a happy ending. 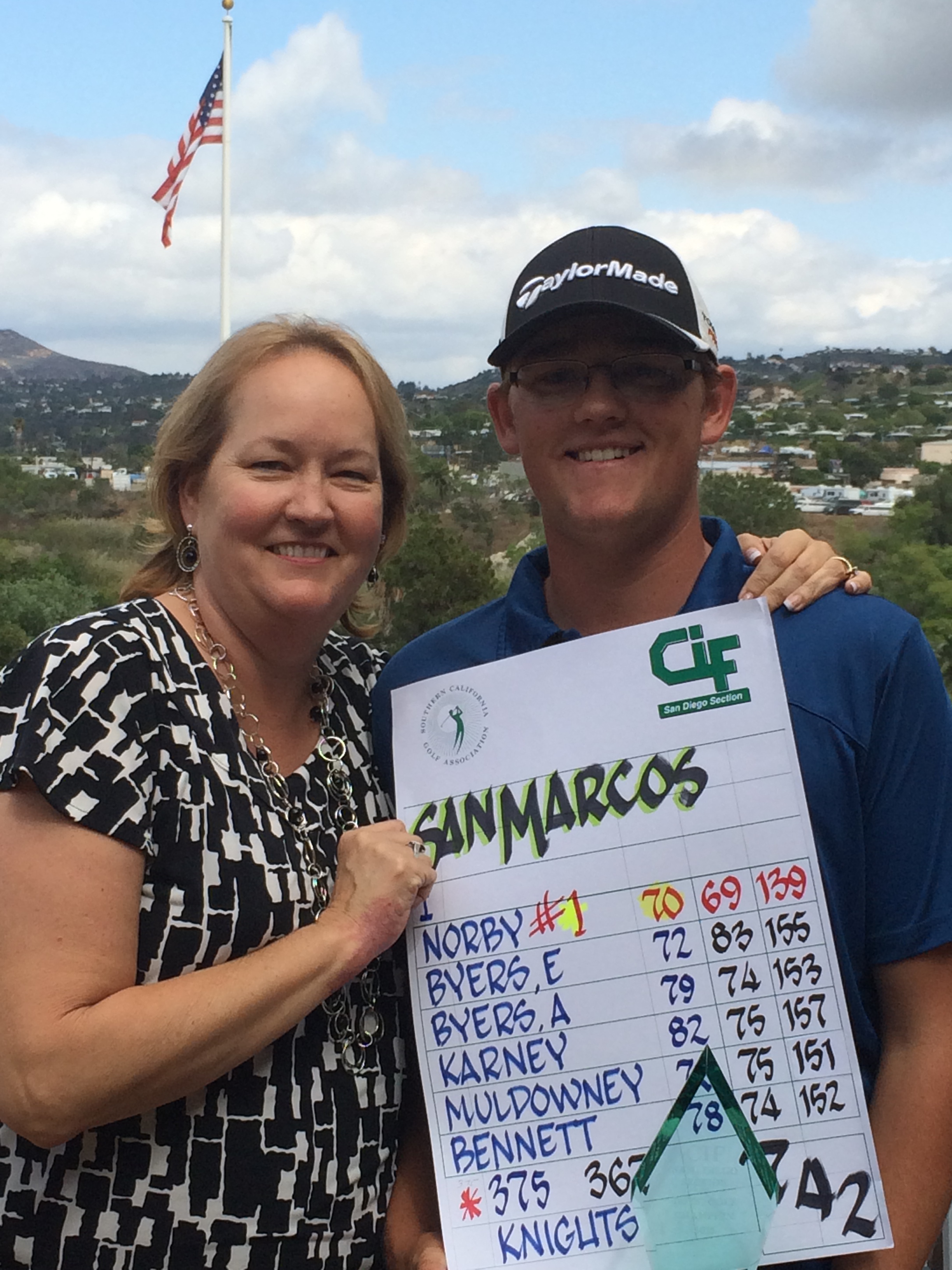 Two weeks after finding out her son Trevor was cured of his aplastic anemia, Dawn discovered a lump in her right breast. Two days later, it was confirmed that she had breast cancer. After 16 weeks of chemotherapy, 38 straight days of radiation and blood transfusions, she is now cancer free! Without the help of strangers donating blood, Dawn and her son Trevor would have had a much different outcome. Thank you for donating your blood and saving not just one, but two members of the same family. 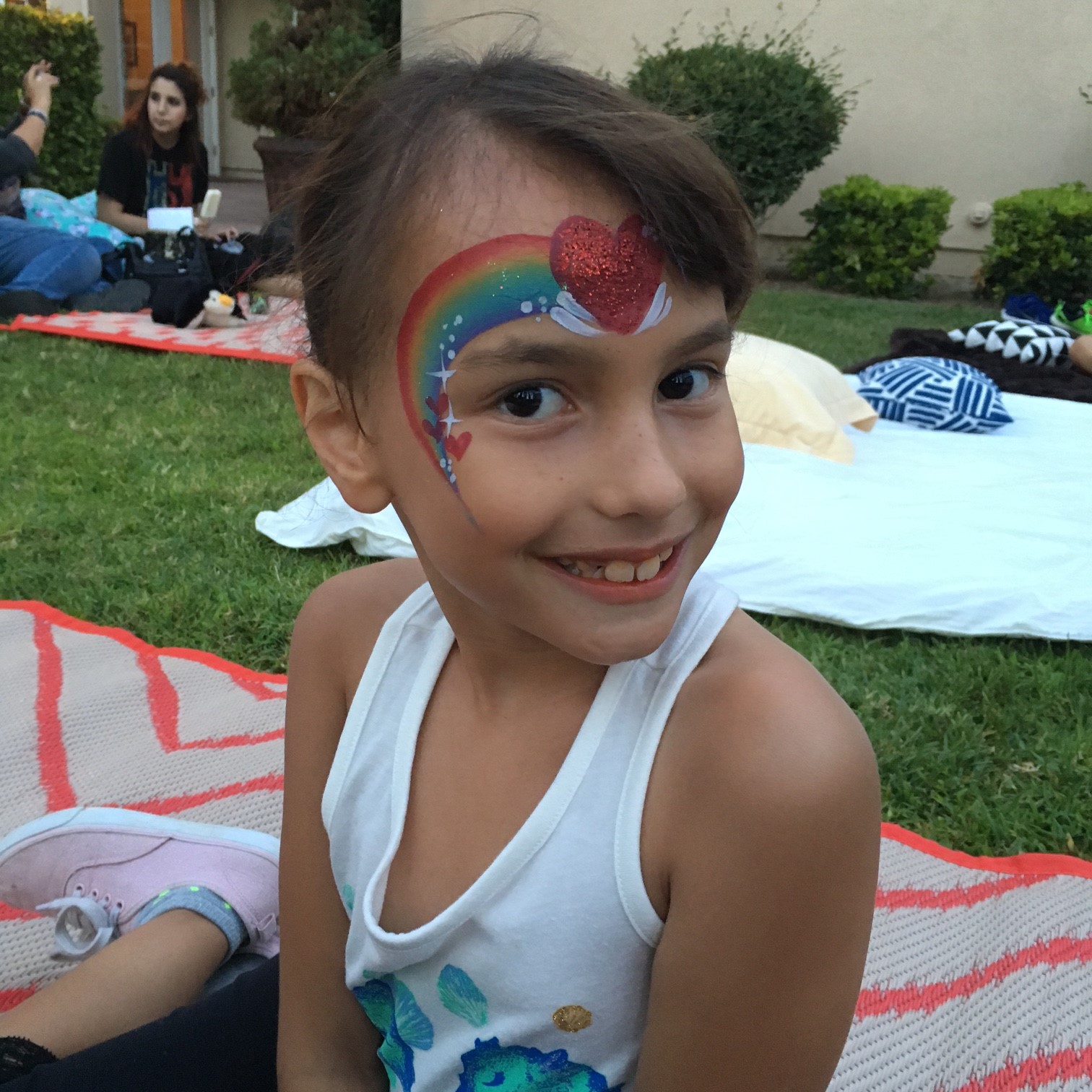 Six-year-old Caroline was diagnosed with high-risk neuroblastoma in 2013. She underwent many rounds of chemotherapy, radiation therapy and 6 rounds of antibody-driven immunotherapy. She also received several blood and platelets transfusions as part of her treatment. Caroline is now clear of the disease! She loves to dance, read, play with medical equipment, and order people around. Thanks to your blood donations, Caroline will have a great future in being a leader. 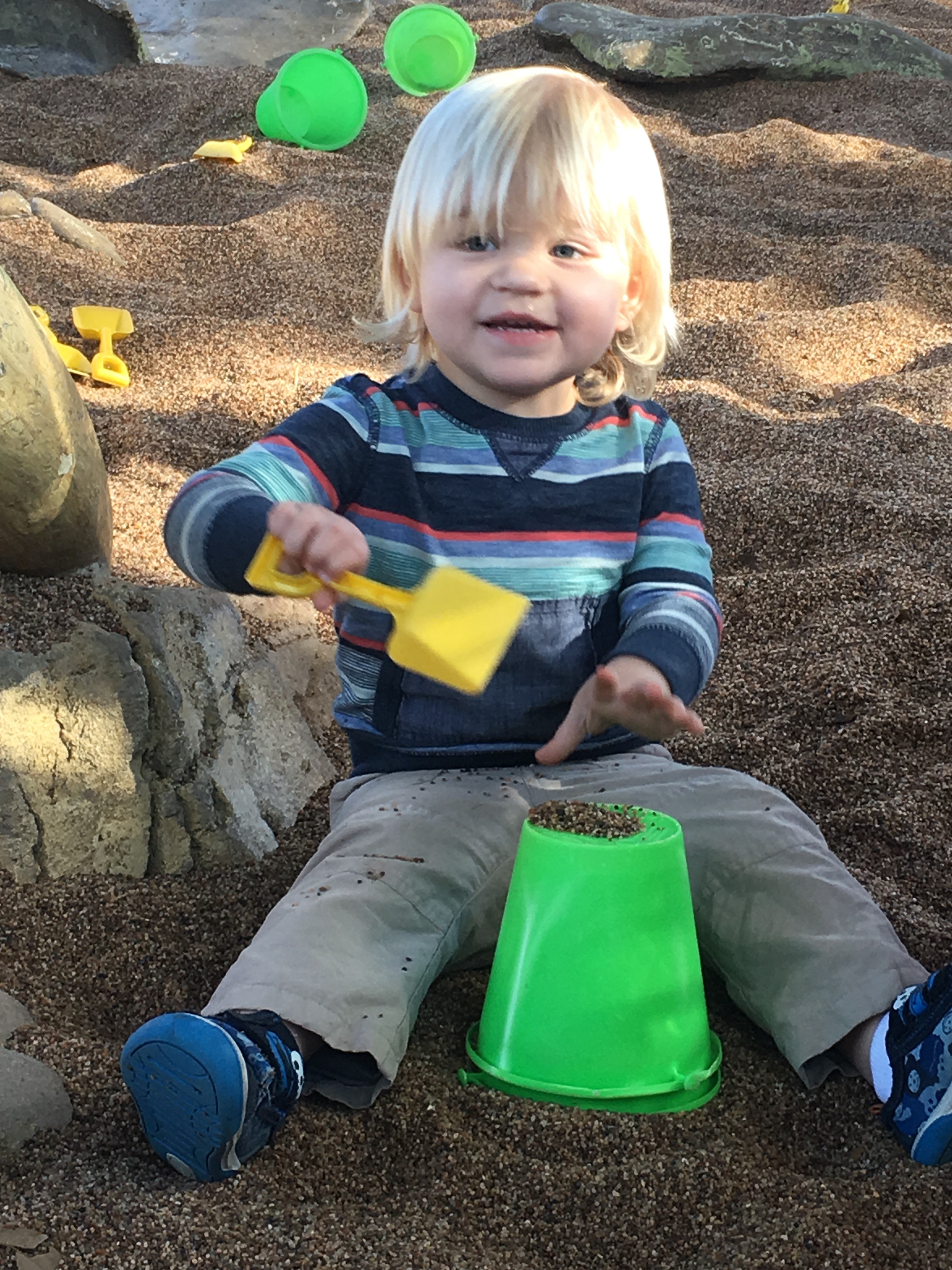 Two-year-old Max was born prematurely and became anemic due to a rare blood type incompatibility. After being diagnosed at Rady Children’s he required a blood transfusion. Max is doing playfully well. Max's parents are grateful to the San Diego Blood Bank and all those who donate blood. 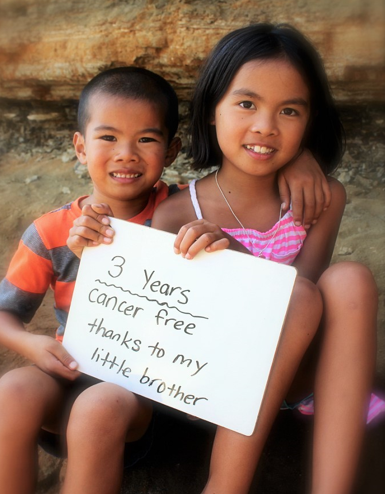 In 2013, 9-year-old Rina Sy of Rancho Penasquitos was diagnosed with Acute Lymphoblastic Leukemia with Philadelphia Chromosome (ALL Ph+). Later the same year, she received several blood transfusions during chemotherapy treatment before undergoing a bone marrow transplant, which her only sibling was a perfect match for. Rina has been gifted with a second chance in life. Rina enjoys gymnastics, reading, playing piano, swimming and playing with her younger brother, Patrick.

10-year-old Brianna was diagnosed with sickle cell anemia at birth and she received several blood transfusions as part of her treatment. 6 years ago, Brianna had her spleen removed. Brianna has not needed blood transfusions since then but she may need your blood donations in the future. 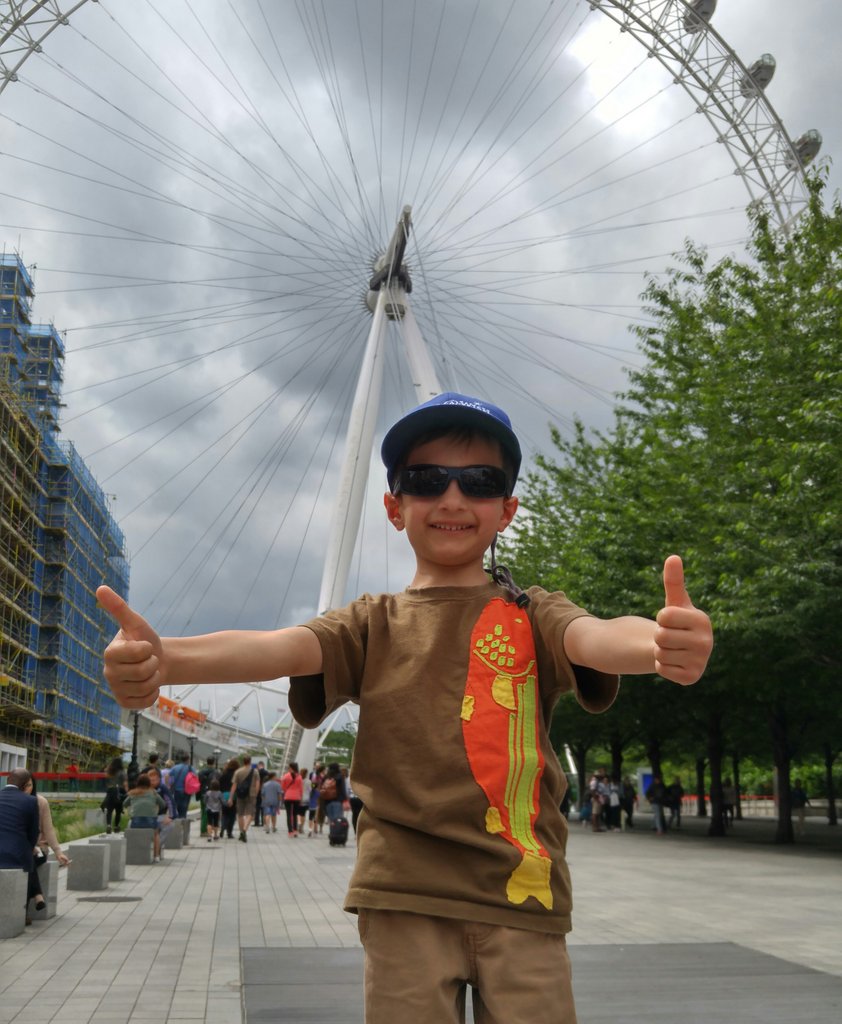 Five-year-old Micah Bernstein was diagnosed with high-risk neuroblastoma at 15-months-old. Neuroblastoma strikes infants and children causing persistent pain, breathing problems and weakness. To save his life, Micah has been treated with high dose chemotherapy, radiation, immunotherapy and experimental treatments that have caused him to need frequent blood and platelet transfusions. Micah loves playing with cars, reading books, and riding his bike.

Make an appointment to donate blood and meet our amazing patients in person this Saturday, October 22.