While preparing to give platelets in the Gateway Donor Center off Market Street, San Diego resident Paul Nysen points to a small purple mark on his right forearm. He's given 27 gallons of blood through the years and, according to him, most of it—if not all—came from that one spot.

Perhaps we should call him the man with the giving arm. 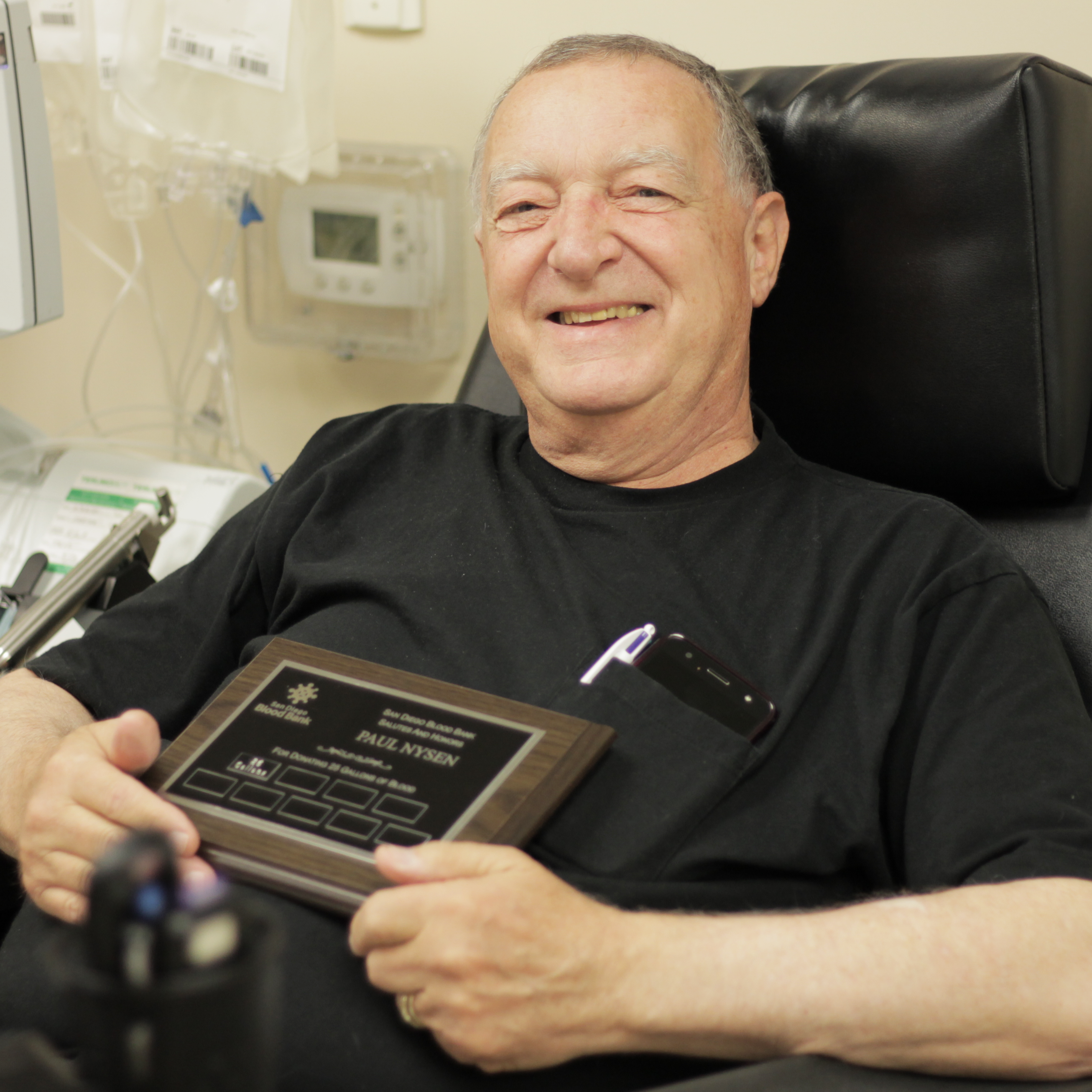 An electrical engineer by trade and education (now retired), Paul began giving at Stanford in 1982 when a friend needed blood. Nearly 40 years later, Paul is still helping to save lives.

While his accomplishments as a blood donor are impressive, he speaks humbly—in his Australian accent—about his life and career. A former member of the Royal Australian Navy, he started his career working with acoustics and sonar. That work eventually brought him to Southern California. "Wherever there's a big, deep pool of water," he says, "I've been."

He later worked in the communications industry and designed antennas and transceivers. In fact, he still works in the industry and has written and holds over 60 patents.

But blood donation has always been a priority, especially as he learned how donated blood is used. "They said, 'We need your blood for preemies (premature babies).' I said, 'Take it all."

Later, giving platelets every two weeks began to motivate him. He says, "Platelets are really needed, particularly with cancer still so prevalent." Platelets have only a five-day shelf life and are used for cancer patients, bone marrow and organ transplant patients, as well as heart surgeries and traumas. This means the need for platelets never ends—San Diego Blood Bank relies on people like Paul to give platelets every two weeks. This helps us supply local hospitals with the platelets they need.

Paul is a true guardian of our community. His commitment to donate on a regular basis ensures patients have the blood and platelets they need to live and thrive.