'My Name is Kathleen Winger. I'm 29-years-old and I Am a Platelet Donor'

A regular platelet donor, Kat is so committed to blood and platelet donation that she calls her friends to let them know when they're eligible to donate. "I would write on my calendar when they could donate again," she says.

Nothing like a friendly reminder that, hey, you can save a life today...

But Kat's story is about so much more—it's about finding purpose in a life that is filled with unexpected ups and downs. It's about saving her own life so that she can save other lives. It's about living her best life by giving life—whenever she can—to other people in her community. 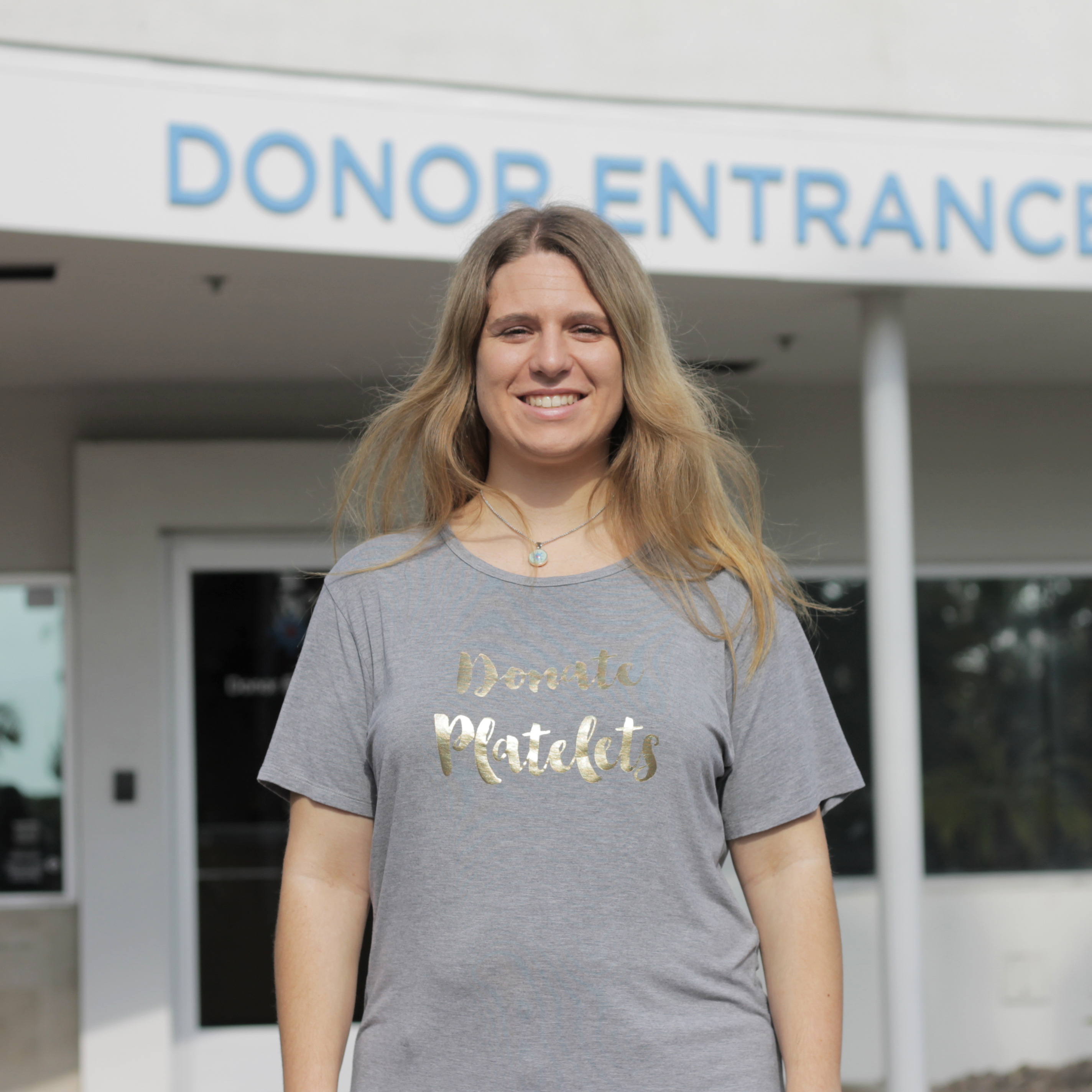 On a sunny Thursday morning, Kat showed up at our Gateway Donor Center to tell her story. She arrived grinning and radiant, and she carried a slip of paper in her hand. On it, she wrote:

"My name is Kathleen Winger. I'm 29-years old and I am a platelet donor. Several years ago, I went through an incredibly devastating time when I was struggling to find a reason to stay alive."

Kat's statement reveals her proclivity for caring, for giving, for wanting other people to thrive. Even when she was struggling, "The thought occurred to me that, although I may be useless in every other regard, as long as blood was running through my veins, I could be of help to someone in a very big way. Donating gave me a purpose for living and very quickly became my biggest passion."

While telling her story, Kat thumbed her necklace, showing the pendant she had made that celebrates her blood type along with the SDBB logo. She takes pride in her role as not only a blood and platelet donor, but also as an ambassador for the importance of giving to others. 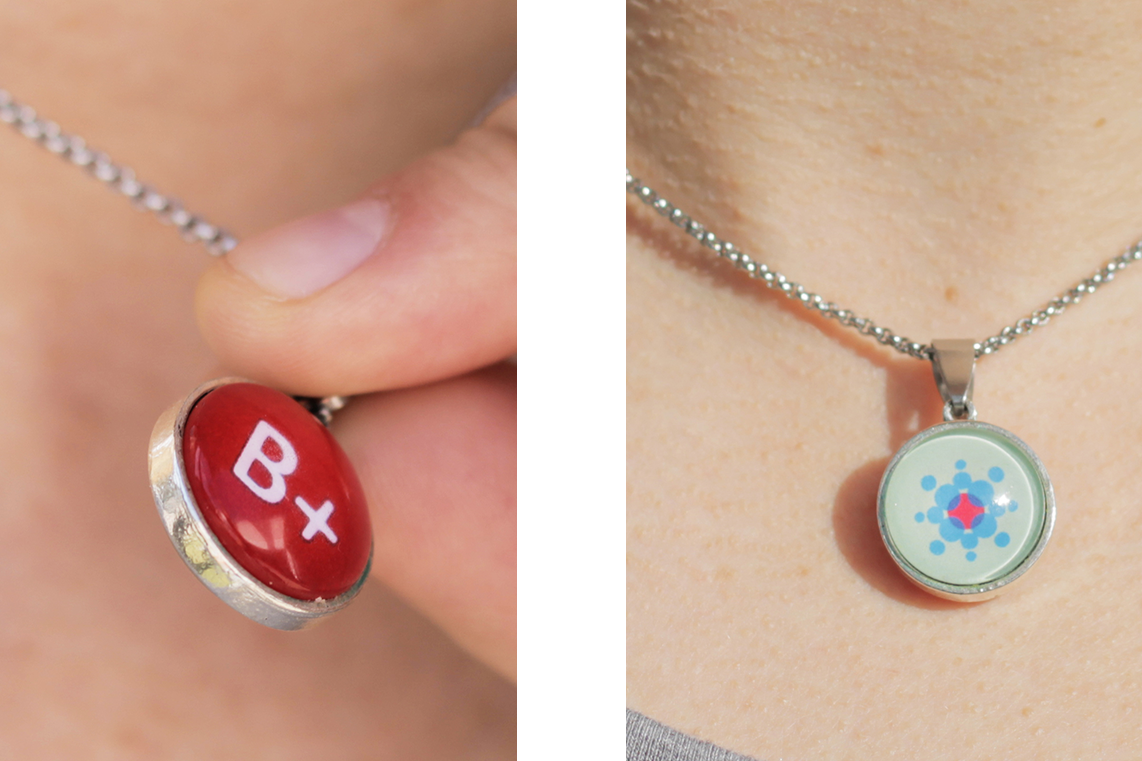 "I said, cool, that's what I'm meant to do—it's destiny." She enlisted a few girlfriends to donate with her and they made a girls' day out of it. "I didn't really want to twist their arms about it," she said. "But I said, 'I'll make the appointment.'" She bought everybody lunch after donating at the East County Donor Center and the women proudly wore their colored bandages.

And, of course, eight weeks later she called to remind them: You're eligible to donate again.

"More than most people," Kat said, "giving blood is part of my identity. For me, what makes being a donor so extraordinary is that it doesn't require any skill, talent or special training. You don't have to be a doctor or a paramedic to keep someone alive or feeling their best. You just have to sit in a chair. It couldn't be any simpler, but because of that choice a person gets to celebrate another birthday, go back to school because they feel well enough, or be there to see their kids grow up."

Kat is a graduate student at Idaho State University—she's studying speech-language pathology and she makes time to give platelets every two weeks.

Her reasons for giving blood and platelets are simple:

Because people need it.

Because saving lives is part of living your best life.

Consider making your appointment today. We can’t promise that Kat will call to remind you to come in, but we do know that donating blood will give your life a little more meaning.