Part of the Family: Donating Platelets and Teaching Music 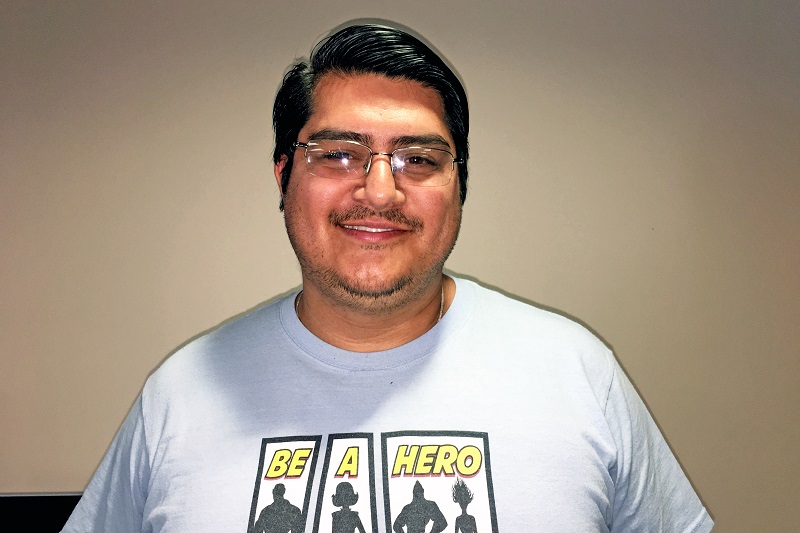 As he sat in the canteen after donating platelets, James Llamas saw a woman he recognized but was not expecting to run into at the San Diego Blood Bank. She was a relative of one of his former students at Bonita Vista High School, where he teaches music. She thanked him for his work and for how much he helps his students, and gave him a hug.

“I love when stuff like that happens,” he laughed after the encounter.

James has been donating blood for 12 years. On this particular day, he came in wearing a shirt he received from the San Diego Blood Bank, that read, “Be A Hero Today.” He regularly gives platelets, which is a process that takes about two hours.

“It’s not a big deal, it’s just time,” he said. “When I heard how much it’s needed, because of the short shelf life of platelets, and how it takes a specific type of person to be able to, it made me feel special to donate platelets.”

Aside from teaching, James plays bass clarinet in the San Diego Concert Band. The concert band holds performances throughout the year and is currently in the midst of practicing for its upcoming spring concert, which will be held April 24th. But what he cherishes most about his musical career is teaching.

“The kids spend time together playing music, and they become a family,” he said. “Everybody comes together, parents end up kind of adopting other students as their own. It’s so great.”

“It’s a unique situation; they’re always needing more,” he said. “I realized that I’m just donating my time, but it can mean so much to someone else. It only takes a couple of hours, but it’s an opportunity for them to continue their life.”