Sometimes Being a Good Dad Means Giving Blood for Your Child

Ian’s third son, Odin Orion, was born with a complex congenital heart defect called Tetralogy of Fallot (ToF) and underwent his first open heart surgery at just four months old. Ian donated platelets for the first time for Odin’s surgery, and many in the community stepped up with blood and platelet donations as well.

In honor of Father’s Day weekend, we checked in with Ian to learn more about what being a loving dad, blood donor and member of the San Diego Blood Bank family means to him.

Can you tell us a little about your family?

I have three boys (ages four, two and nine months) and my fantastic fiancé Brenda. With all boys, there’s a lot of yelling, playing and running around. Helios Arthur (Heely) is the eldest and he's a brainiac. Heely is a very social guy and he's so caring. Atlas Ares (Bear) resonates with his nickname because he sleeps, eats and acts like a bear for the most part, but he's also a sweetheart. Odin Orion is the youngest but he's probably the strongest because he's our Heart Warrior. I'm into mythology and we tried to choose names that represent our sons. 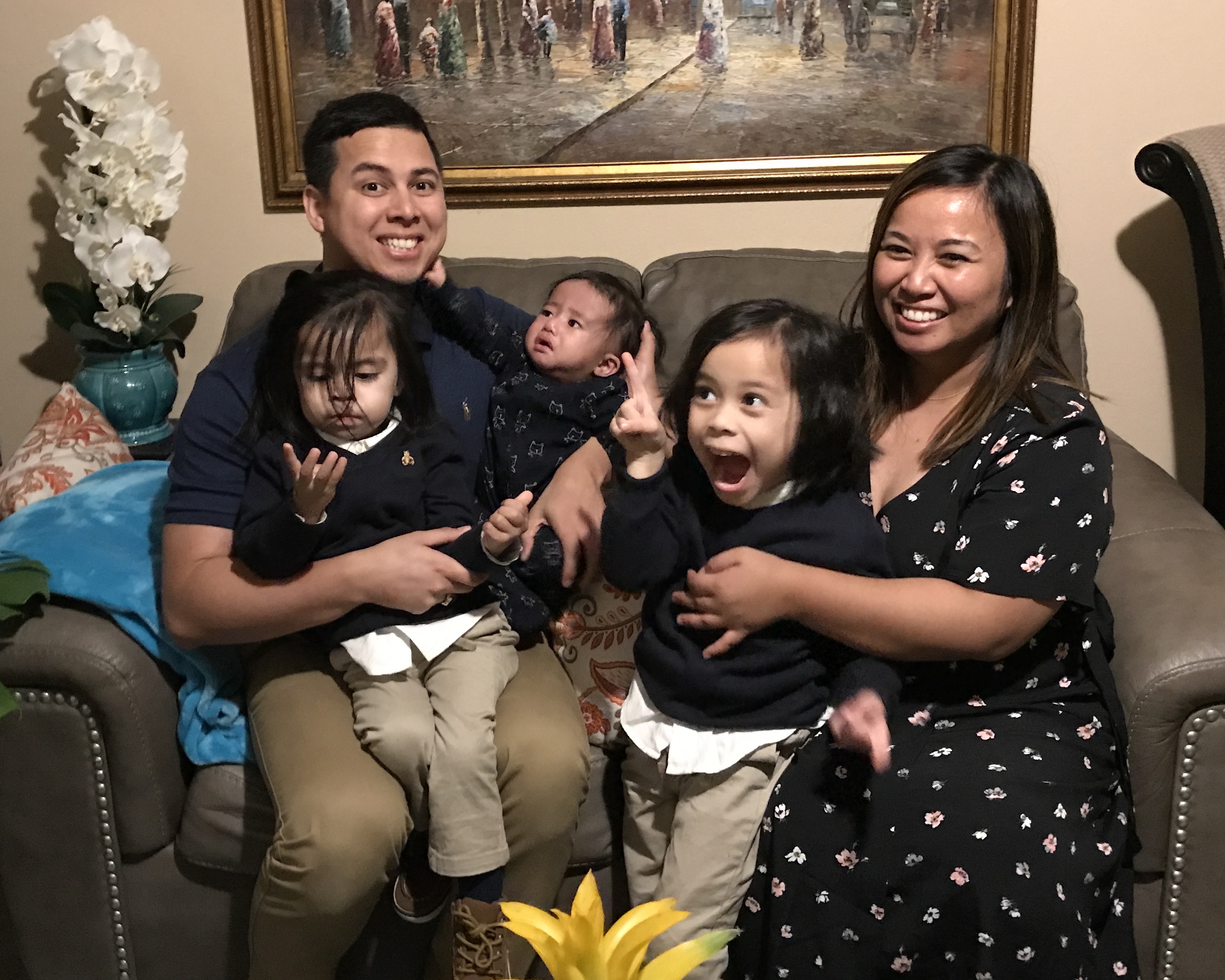 How is Odin doing?

Odin is doing great, especially coming off his second open heart surgery (OHS). He usually doesn't like his car seat, but he was so happy to be in it because it meant that it was time to go home from the hospital following surgery. He has a congenital heart defect (CHD) known as Tetralogy of Fallot and will require future surgeries. You might recognize his condition because late night talk show host Jimmy Kimmel has a son (Billy) with the same condition. 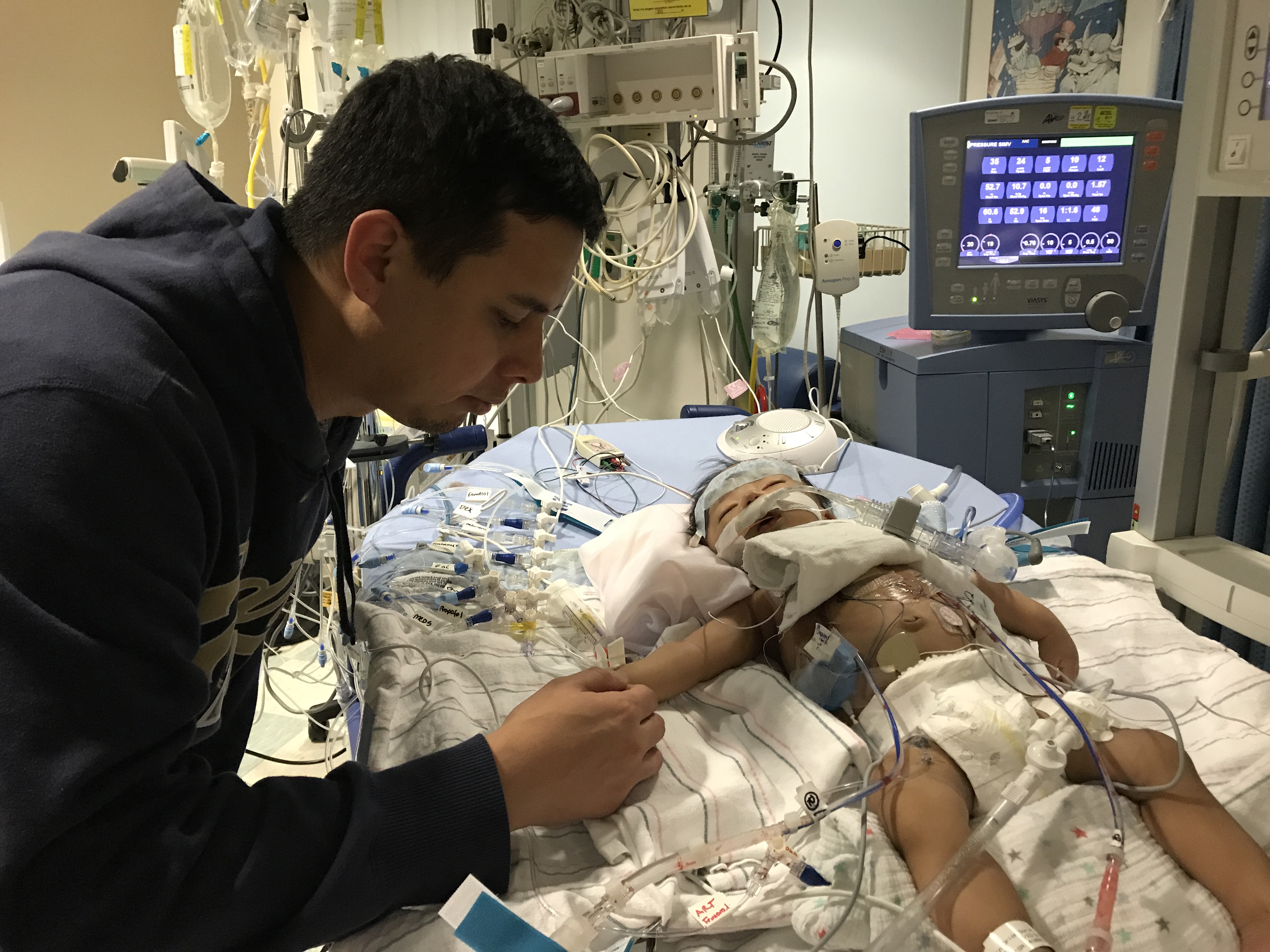 What does being a good dad mean to you?

I believe being a good dad means being there no matter what. I was in the foster system from age 13 onward, facing challenges that forced me to grow up faster as an adolescent and learn how to be independent. I've been surrounded by plenty of great dads, like my foster dad David and my oldest brother. They've been there for me without question and I hope to do that for my sons.

How have you found strength when facing Odin’s challenges?

Faith. In myself, in Brenda, in the doctors, the nurses and all the courageous staff at Rady Children's Hospital. I remember having a lot of anxiety leading up to Odin's first OHS (but I hid this of course). As a father, we're expected to be the strong ones and do our best to lead by example. I had to mentally prepare myself by looking at pictures of other heart babies and reading these CHD stories about strong families. The thought of having my own son wired up like a microchip hurt. But seeing Odin for the first time as he was fighting to recover gave me the strength that I was looking for. 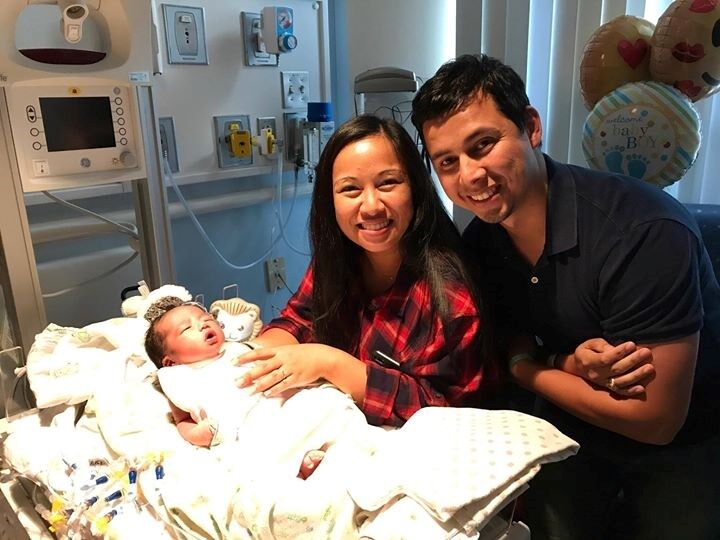 How was your experience giving platelets for the first time?

I was donating platelets in honor of Odin’s first OHS. I am not good with blood/needles, so I talked really fast and blabbed on about whatever, just to preoccupy my mind and not look at the important business happening on my left-hand side. I was doing well until I started getting light headed. But the donor center staff took care of me and I was just fine. It probably comes with experience, but I can honestly say that donors that come in to donate are wonderful because they make it look very easy.

What does being part of the San Diego Blood Bank family mean to you?

Being part of the San Diego Blood Bank family means a lot to me. The work that we do on a daily basis brings it closer to home for me, especially with respect to Odin and having donated for his cause. Donors in general should be celebrated as they are the backbone to our organization. I am humbled to have the opportunity to make a positive impact by doing what I love. 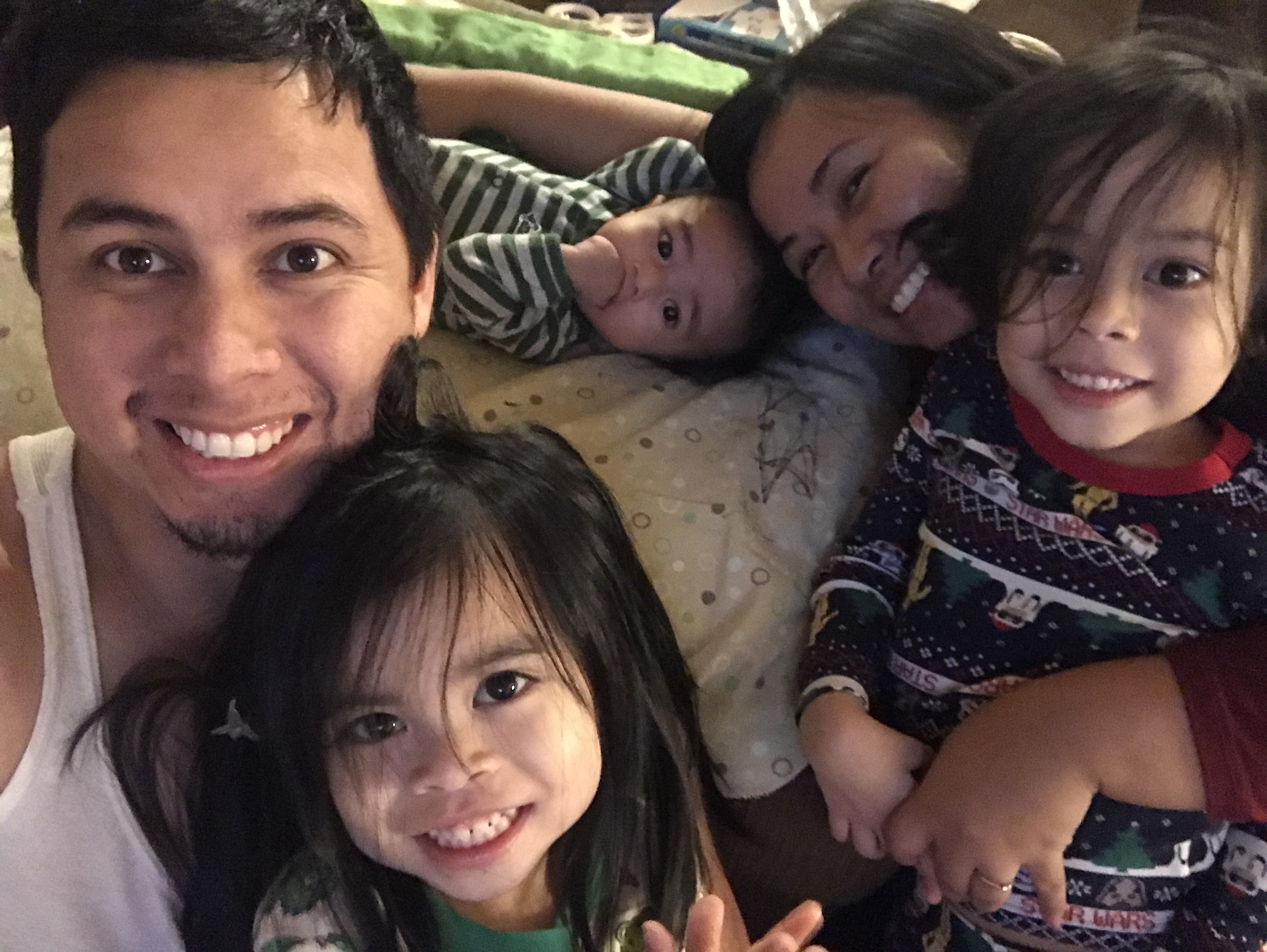 Consider donating blood over Father’s Day weekend to help dads like Ian, or in honor of your own father or father figure in your life. Make your appointment today.